You play as Adonis Aldine. An ex-detective, well-known for his ability to solve difficult cases, who had to retire early due to a traumatic brain injury that caused him to go blind. One day, as he was coming back from work, he found his father’s body, beaten to a pulp, blood all over the place, and shot. A note beside him said: “The debt has been collected. Nulla consequat iaculis ex.” Adonis has been living with his elder caretaker, Abraham Miller, ever since that incident. Follow Adonis’s journey as he is forced to become one of the things he has been fighting his whole life since he became a detective. Uncover the mystery behind his father’s death. And of course..have a little bit of fun, here and there. 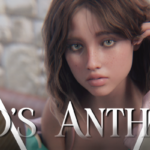 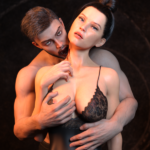