Some time ago you were a gym teacher and MMA fighter, you started a relationship with a teacher, Miriam, and as a result of that love Sarah was born, your only daughter.
But the happiness only lasted a few years, because Miriam was unfaithful with the president of the teachers’ council of the school where you worked.
That destroyed you so much that you turned to drink, divorced and did not see them again during the years that passed. With your life ruined, in debt and only a shadow of its former self, you receive a job offer.
A new “full time” institute called Sol Invictus has been opened, where the students and teaching staff live for a year in this institution.
This institute is far away from the districts of Ivory Island, it is located in the old village called “Lux MorteM”, where there used to be an old church built by the settlers of the island where you live and it is only for female students.
The job is to watch over the establishment and to be a sort of counselor for the female students if needed.
You find out that it was your ex-wife who advocated for you to get this opportunity and that your daughter, who you haven’t seen for decades, is going to study at this institute.
Something really uncomfortable, but more uncomfortable is sleeping in the street,
so without many options you accept the job. 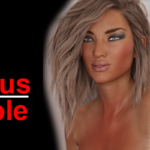 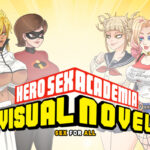