Things haven’t been the same since father MC’s death.

His mother and his sisters have changed, and MC keeps having nightmares about it.

However, one day he finds out through a video left by his father, that someone was looking for him,

some business did not go well and they wanted to eliminate him from the competition,

so everything indicates that his father did not die in an accident, he was murdered,

in fact, a legend in the industry.

Now he must watch over the well-being of his family and investigate who caused the death of his father, 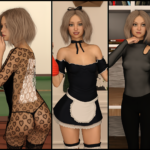 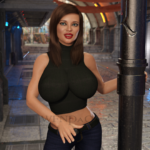